The remains of Lennox Castle Hospital in Lennox town, Glasgow, Scotland are a popular destination for urban explorers, although few are aware of the castle’s lengthy and infamous past. This is a mental hospital that was completed for mental patients in the past. Lennox Castle, a huge Scots Baronial house in East Dunbartonshire, is located 112 miles west-northwest of Lennox town and overlooks Clachan of Campsie and the Campsie Fells.

It features battlemented corner towers, a taller tower in the center of the west side, and an entrance porch protruding from the north front and was built on a square plan by David Hamilton for John Lennox Kincaid between 1837 and 1841. Margaret Lennox, Kincaid’s aunt had attempted to establish her claim to the Earldom of Lennox, and when she died in 1833, he inherited the estate, changed his name to Kincaid-Lennox, and built the castle next to the former wood head house to support her claim.

In 1927, Glasgow Corporation purchased the castle and 494 ha (1222 acres) of the estate from the family for 25,000 dollars to use as a mental institution. On the grounds, new structures were constructed to house 600 males and 600 ladies in separate parts, each with its own dining hall, kitchen, workshop, and 10 dormitory blocks. There was a central administration building, a medical building, a visitors’ tea room, and an assembly hall with ‘cinematographic sound technology,’ while the castle itself was used as a nurses’ home. As staff married quarters, forty houses were built.

Glasgow Council approved plans for a new “Mental Deficiency Institution” in 1925, and the Lennox Castle Hospital complex opened a few years later, in 1936. The hospital first opened its doors on September 24, 1936. It was converted into an Emergency War Hospital in 1939, and the patients were relocated to huts on the grounds. Lennox Castle was recognized as being ahead of its time when it first opened, and it was the largest and best-equipped hospital of its kind in the United Kingdom. In 1941, a maternity facility was established, which clashed with the hospital’s primary mission until it was closed in 1964. In the 1970s, the hospital had a peak of 1620 patients.

After the nurses’ home closed in 1987, the Lennox Castle began to deteriorate; it is now in very poor shape on the inside. Despite a promising start, the situation at Lennox Castle Hospital quickly worsened. Overcrowding, understaffing and underfunding plagued the hospital. In the vast wards, vulnerable patients were left to fend for themselves. With the exception of the A-listed castle, the hospital was closed in stages from the 1990s to 2002, and all of the buildings were removed to make way for housing. In 2006, Celtic Football Club began construction on a portion of the land for their Lennox town Training Ground.

Despite the paucity of resources, friends and family of patients stated that personnel did their best, but conditions in the hospital were described as “wretched and dehumanizing.” By the 1980s, conditions were so awful that the hospital’s Medical Director, Doctor Alasdair Sim, declared he had never worked in a “worse pit” and was “sick to the stomach” over the suffering of these poor people. A quarter of the patients at Lennox Castle Hospital were dangerously underweight and malnourished, according to research published in the British Medical Journal in 1989. Some say there was more going on at Lennox Castle Hospital than just neglect.

Former patients recall being subjected to unduly harsh punishments for minor infractions. For omitting to address a staff member as “sir,” a baseball bat was used against him and he was forced to run laps around the castle barefoot. Due to reports of abuse, neglect, and deplorable living circumstances, analogies have been made between Lennox and the cult TV series American Horror Story: Asylum in recent years. Those who attempted to flee would be apprehended and held in isolation for up to six weeks, where they would be drugged heavily and denied contact with visitors. 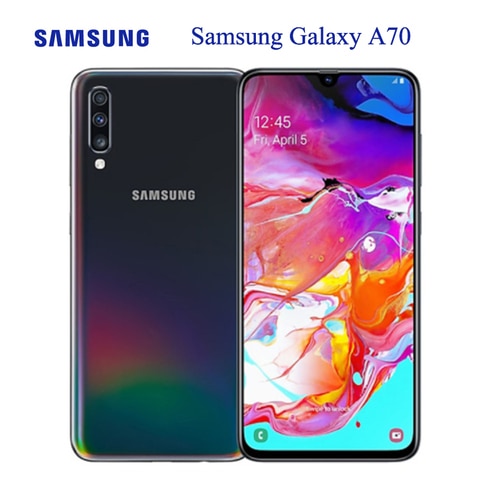 Patients who didn’t require medications were given them anyhow, to keep them calm and prevent them from causing trouble in the congested surroundings. In truth, only about 10% of the hospital’s patients required antipsychotic medications. There have been multiple stories of patients dying or being gravely harmed as a result of the hospital’s lack of care. One man died the next day after being discovered set alight in the restroom in the middle of the night. Another patient was gravely hurt when a nurse poured a scorching cup of tea on him, while another died of a heart attack (caused by intense anguish while being physically restrained).

The remains of Lennox Castle Hospital in Lennox town, Glasgow, Scotland are a popular destination for urban explorers, although few are aware of the castle’s lengthy and infamous past. The castle was built in the 1830s, but in the early twentieth century, it was repurposed into what would become a notorious psychiatric hospital. Before the institution was closed, the final few patients were reintegrated into the community or moved to more contemporary psychiatric facilities. Lennox Castle Hospital closed in 2002, leaving the institution’s tragic and arduous past, as well as it’s dilapidated, abandoned former house, to be forgotten. In 2008, a fire severely damaged the abandoned castle.

The Lennox Castle has shuttered 10 years ago, and for those who lived (and worked) there and spent most of their adult lives there, it is a location full of memories and stories. Four professional artists collaborated to help people capture these experiences using sound, drawing, sculpture, photography, animation, writing, and other mediums. Each week, the number of people who participated increased, and we conducted a series of interviews with people who worked at the hospital as well as some of the people who were key in the closure program’s management.

The fence had holes in the past that visitors could see but now the previously stated holes in the barrier have now been closed, and access to the castle is no longer possible. This structure is in a state of significant degradation, and entering the grounds would be dangerous.

One thought on “Lennox Castle, Scotland”

France encourages booster injections and says the use of face masks is essential. (Covid-19)